"I allow those in who are already in." Redheaded Door

2nd - I went out Pokemon Go walking to help finish the Level 52 eevee evolution.  The walk was easier down Los Angeles then Marin because DE water, Wiggle energy,  seemed less active. Yes, I would be walking down Marin and my legs would be wiggling. Around Marin circle the water was pooling. As I walked down Los Angeles, I started to go under the DM water. That is 67 feet higher than water level encountered on March 23. In the record, I do know that no two DE, Dark Energies, can be in the same location at one time. Perhaps if you submerge the area in DM water, the Wiggle energy will collect any free floating COVID.  Just finished talking to the Bay Area group and they said it will even get the COVID in the human body. Maybe I will look at this? I don't know.
- The Twain train crash was tragic. I talk to the Twain Avatar and tell him to help make a coalition of DEM being like the human ASEAN association.
6th - You know when you make a change to solve a problem, and you get a new set of problems. Well, that happens even in the DEM world. Remember when I first meet Ubol.  We sort of got off to a rough start. Now both the left and right hands are on the same body.  The New Ibol and I are busy while I sleep, to sort out the issues of two very different people in one body. It is going okay. Just need to try new ideals and see which ones work.
7th - It's weird. the DM water level is now two blocks up the street.
10th - I think I figured it out on how to change my sleep habits. Don't turn on the computer at night. Just get ready for bed and go to bed. It is working so far.
- The DM water level keeps moving up the Marin Avenue, which is a hill street.
12th - At the support group meeting, when different folks talked, I could see the DM water level at their location.  I still do not understand that purpose and how it affects us.
13th - Had a talk with the Java golems and weather avatars of Tropical Cyclone Seroja. Folks here will talk to them about how to do things differently. In the record, every place that I did not visit in my journey around the world to get avatars of the day are having issues.
- updated post: Avatar Dialogue - MSNBC News Reports and Guest
15th -  I have over done it now. You see, I feed nature outside the yard of my flat. I enjoy it. I was even defiant of the neighbors when they complained. See letter. But now, well, the rats population has doubled and the city will get me for that. Also, the rats were eating the seed I left out for the towhee and morning doves. So I purchase RatX because the rats are under my front porch and its is a fortress to get under it due to the concrete/steel reinforcement of the deck above me. See the under porch pic. Now the squirrels have called me a murderer. Then the cat came by and had a talk with the rats about not eating the bird seed, which seemed to work. Also the squirrel decide to share their feed with the rats. But now there are too many rats. So I put it up to a vote for nature on what I should do. They elected to banish the rats and reduce the feeding to three times a week. Let see if that works.

16th - Above is my current blog count. Normally, it is just dibs and dabs. The Russians hiding behind pron links. Twice Israel hit me for a 1000 hits at a time. But now its just taking off. It's weird. I'm not sure what to make of it all.  Originally, I posted to help clarify what I was going through. I was clairvoyant years before I understood it. I just did it. To my amazement, the stuff I posted before I knew still stands up. I have my avatar to thank for that. I knew that when I retired, October 2020, my life was going to take a different direction. I guess it is going to happen. In the record, I can hear when folks are reading my post. It has been happening quite a bit lately.
22nd - The DM water level at Spruce Street. In the record, the new green DM water is replacing the old water. It is like it finally got filter out.
- "I shared my fire eyes with David so he sees his path." is a quote from Bart. I am a little lost now, not sure what I should be doing next. Okay, a lot lost, but that is normal.
23rd - Dang! A week ago I was avatar hacked with my Pokemon Go Eevee buddy walk distance. It said it was past 10km which meant I could evolve Eevee into Espeon which will finally allow me to level up to 42. But no, I got hacked and start with a new buddy and walk the 10km all over again. So I go down to the Ohlone Greenway to walk which is a flat walkway that follows the BART tracks. I struggled during the walk of 8.5km which is my own fault because I don't do a DEM examination of myself to fix myself. But here is the kicker. The DEM world where I live is completely different. I was expecting green Earth Energy leaves to be everywhere. They are gone and were replaced with a vast green ocean of DEM sea plants.  So on the walk I start doubting my clairvoyance. Then I asked, "Where did all the leaves go?" A male voice on high says, "You have changed." In the record, I don't have any green DE on me anymore. I am just yellow DE, a mix of Gaia and Ibol. As I walk I seem to be absorbing all the DEM plants now living in the greenway. It is weird to see DEM plants and flowers wrap around me become a part of me.
- I hear the BART train coming and look up. I see the train punch a hole in the DEM ocean, then close up after it passes.
- In the record, It seems that the leaves are now the green tint of the DEM ocean. 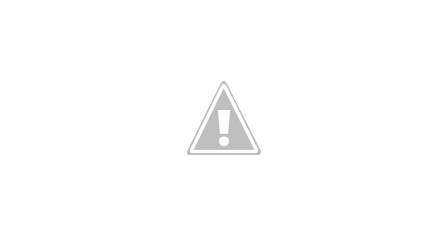 - On the walk, I monitor the walk distance of my buddy on the Iphone. Every once and a while I catch a Pokemon here and there. On the last two kilometers of the walk, every time I touch the screen i feel a dozens of electric charge between my finger tip and the capacitive touch screen. It follows my finger on the screen where every I move it. In the record, I can see tiny gold-white lines of connectivity between the screen and my finger.  It does not hurt, it is just there. See pic above. It matches the life lines of physical machines that we human create.
25th - updated post: Pale Dragon Meeting: New Direction for the Human Race
27th - updated post: 2021 February - Dragon Diary
28th - I put out Rat-X under my deck to kill the rats. I will later put out Grandpa Gus rodent repellent to stop them from living under my deck. In the record, until I did the restart, Queen Tiffany, rat queen, would not visit me. I felt bad about killing the rats but I created the problem so I have to take care of the problems.
Posted by David Hallsted at 1:26 PM